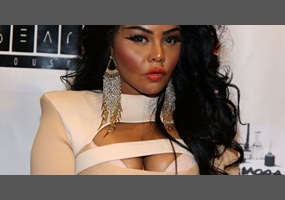 Is rapper Lil Kim mature enough to raise a child?