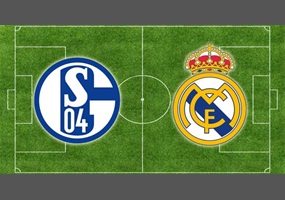 Is Real Madrid’s decisive victory over Schalke meaningless because the Germans are such a weak team?