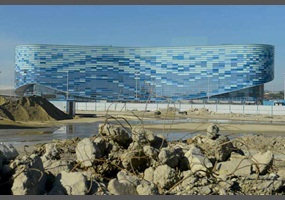 Is Sochi unprepared for the Olympics?