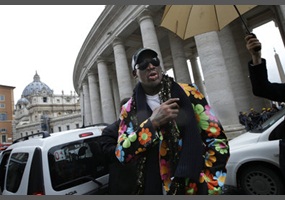 Is star power necessary in diplomacy?