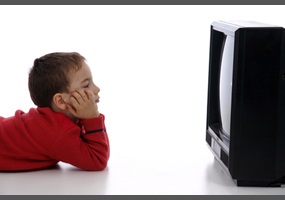 Is television bad for kids to watch?