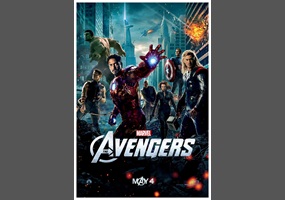 Is the box office hit The Avengers highly overrated?