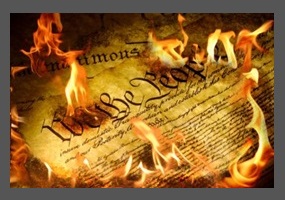 Is the Constitution too old and outdated?

United States, Law
Is the Constitution too old and outdated?
51% Say Yes
49% Say No
Load More Arguments
Leave a comment...
(Maximum 900 words)
MaryBinMN says2014-12-17T01:29:41.587
Report Post
Pile of crap, no votes are being censored
openeyedamerican says2016-08-12T18:39:39
Report Post
The US Constitution is a dinosaur of a document, and the American people have been deeply manipulated into believing it protects our "freedoms". Certainly, the outdated 2nd amendment passed in 1791 so a musket toting militia could "bear arms" does the EXACT opposite in protecting American "freedoms"----namely the freedom to live. The freedom from oppression of having some gun crazed militia minded individual go into our children's schools and kill young elementary or middle school aged innocent kids, or the freedom from the fear of that gun crazed militia minded crazy to carry his/her weapons into a nearby grocer while we shop with our kids.

America does not have a "well regulated militia"-----our military spending is spiraling out of control and its never been about freedom. Or spreading any democracy. Nor has it ever been about "defending the constitution". All deep marketing spins of this business called war. War is for profit, nothing else. Ditto with our gun sales and obsession with arms as a nation. Its primitive.