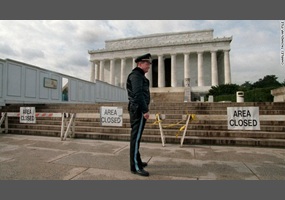 Is the government shutdown an international embarrassment?