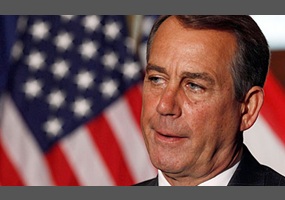 Is the government shutdown Boehner's fault?