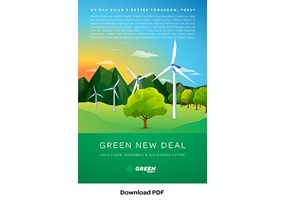 Is The Green New Deal Realistic?