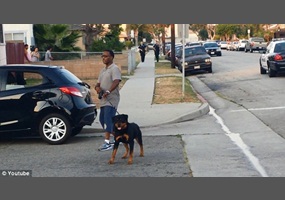 Is the killing of dogs by police becoming an issue?