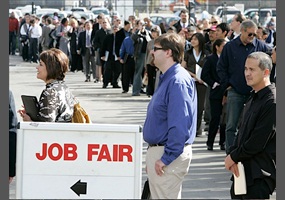 Is the middle class steadily eroding?