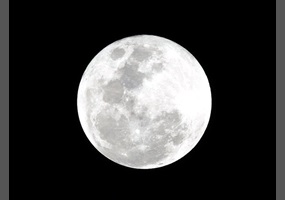 Is the moon real?