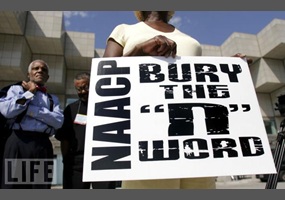 Is the n-word offensive?