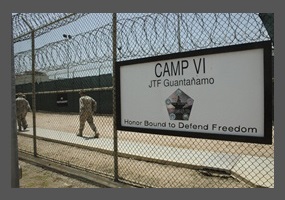 Is the US detention center at Guantanamo Bay justified?