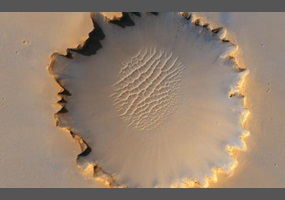 Is there intelligent life on Mars?