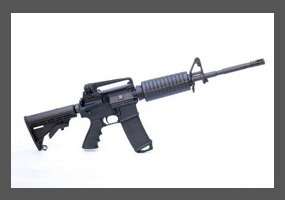 Is there really such a thing as an "assault weapon"?

Harry Reid, Dianne Feinstein, Recreation
Is there really such a thing as an "assault weapon"?
23% Say Yes
78% Say No
Load More Arguments
Leave a comment...
(Maximum 900 words)
No comments yet.
Privacy Policy | Terms of Use
Sitemap | View Desktop Version
©2020 Debate.org. All rights reserved.