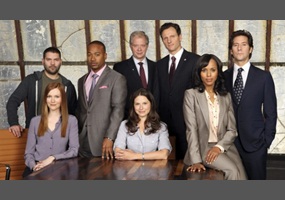 Is this season of the show Scandal as good as last season?