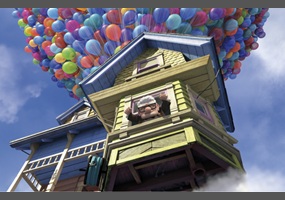 Is 'Up' the best Pixar movie?