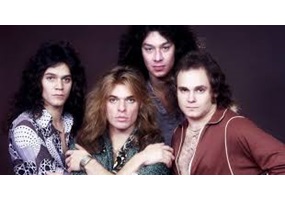 Is Van Halen the best rock band of all times?