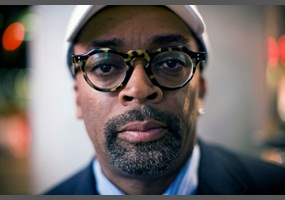 Is wealthy Spike Lee wrong to object to gentrification in his neighborhood?