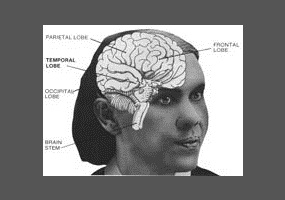 Is Young Earth Creationism Only The Product Of Ellen White's Brain Damage?

Asked by: Sagey
Pat Robertson, Bill Nye, Ken Ham
Is Young Earth Creationism Only The Product Of Ellen White's Brain Damage?
50% Say Yes
50% Say No
Leave a comment...
(Maximum 900 words)
Sagey says2014-02-13T01:16:18.547
Report Post
Here are some Sources: Ellen White's visions, from the Seventh Day Adventist church: http://www.adventistworld.org/article/1338/resources/english/issue-2012-1010/a-halo-of-light
Note that the Ark was in her vision: This is what led Mr. Price to his "Flood Geology" book, to prove Ellen's vision's as right.
That is not science, that is scientific Fraud, to attempt to make science fit a preconceived notion.

A Christian view, from the Reasonable Faith movement on the History of Modern Creationism:
https://www.Youtube.Com/watch?V=I7CkqsFhmDE

From the National Center For Science Education (NCSE):
https://www.Youtube.Com/watch?V=XpNvA8NX4Bg

From PZ Myers own research on the Evolution of Creationism:
https://www.Youtube.Com/watch?V=ruBjWkVKyRo

I hope you find these sources convincing and in support of my Opinion.
Sagey says2014-02-13T11:48:53.820
Report Post
Though it does also appear that The Bible is a product of Hallucinations.
The Old Testament from Abraham/Moses's Hallucination(s) and the New Testament from Saul's Hallucination.
If Jesus existed, then his hallucinations also created the New Testament.
Sagey says2014-02-13T11:50:40.323
Report Post
Though Joan of Arc also performed her quest from the influence of her Hallucinations.
Hallucinations appear to be the biggest driving force behind nonsense, such as Religion and Pseudo-Science.
Sagey says2014-02-13T22:32:06.853
Report Post
Ellen White's Hallucination is behind "Flood Geology" and the Six Day Creation myth pushed by Young Earth today.
She started it all, George McCready Price's work in "Flood Geology" is still being pushed by the likes of ICR's head geologist, Andrew Snelling, even though the world's real geologists had destroyed all of it decades ago.
The same Stupidity, the same Ignorance of reality.
Ellen White's Hallucination is still the basis for Young Earth Creationism today and forever.
That's a proven FACT!

Ellen White was the founder of the Seventh Day Adventist movement.
The movement was based on her Hallucinations.
Just as the Mormons were based on Joseph Smith's Hallucinations.

Young Earth Creationists are still just pushing 19th Century, Seventh Day Adventist Stupidity.
That is all they ever will be doing in the future.

BTW: Evolution has long left behind Charles Darwin's work, it has advanced a thousand fold since Darwin existed.
Because Science is forever discovering new evidence exponentially.

Young Earth Creationism never found any evidence supporting their argument, so it has never advanced beyond Ellen White's hallucinations and never will.
Privacy Policy | Terms of Use
Sitemap | View Desktop Version
©2020 Debate.org. All rights reserved.