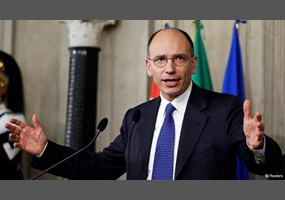 Italy's Prime Minister Enrico Letta resigned. Was this a good move for the Italian government?