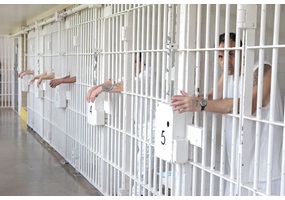 Jails & Prisons in America should be More Humane, Less Hellish,