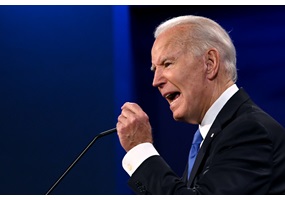 Joe Biden has no idea what he is talking about and should be removed from office.

Asked by: guns_god_and_country
President, Biden, insane, Democrat, Politics
Joe Biden has no idea what he is talking about and should be removed from office.
78% Say Yes
22% Say No
Leave a comment...
(Maximum 900 words)
haydenwhite55 says2021-07-18T15:45:30.987
Report Post
No, Stupid. That election was rigged and we all saw it. There's no way that sorry sack of dogshit is a legitimate president. I'm so sick of you morons with the wool over your eyes, Anybody who supports this moron should be lobotomized. Open your useless eyes and try to see, He hasn't done anything for the country. And nothing for you stupid lame-ass liberals either.
Privacy Policy | Terms of Use
Sitemap | View Desktop Version
©2022 Debate.org. All rights reserved.