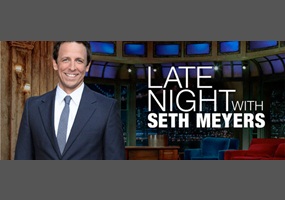 Joe Biden will be the opening guest for Seth Meyers' debut on Late Night. Was this a wise decision?