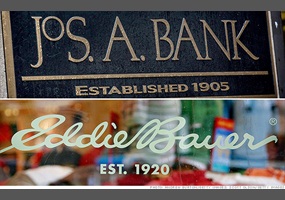 Jos A. Bank is buying Eddie Bauer. Will this move benefit Jos A. Bank?