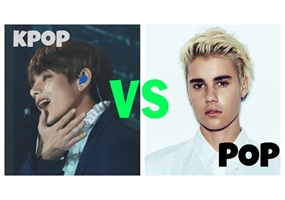 K-Pop is better than English Pop.