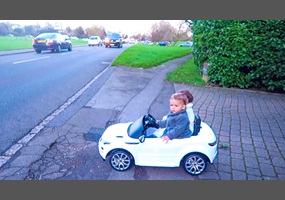 Kids should be allowed to drive at age 10.