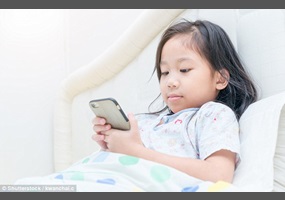 Kids under 10 use smart phone