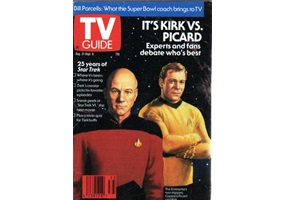 Kirk will always be better than Picard!