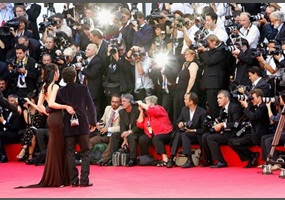 Oscars 2014: Is media coverage of celebrities' appearances too invasive?