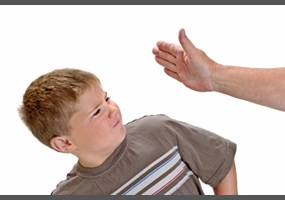 Parents should never hit their children.