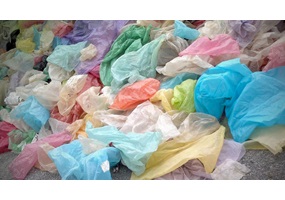 Plastic bags are bad for the environment.