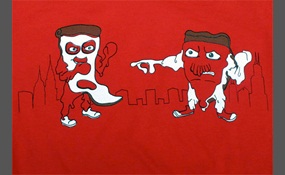 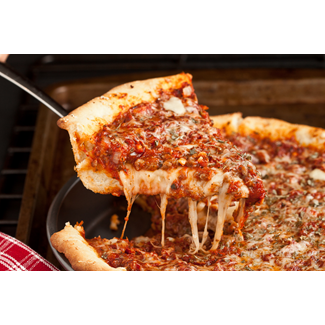 Chicago-style pizza includes several different pizza styles developed in Chicago. Chicago-style deep-dish pizza has a crust up to three inches tall at the edge, slightly higher than the ingredients, which include large amounts of cheese and chunky tomato sauce. Besides the deep-dish style, there is also stuffed pizza. Most pizzerias in Chicago also serve thin-crust pizza in a style characteristic to the city, although Chicago-style pizza is most commonly known for the deep-dish style of pizza outside the Chicago metropolitan area. 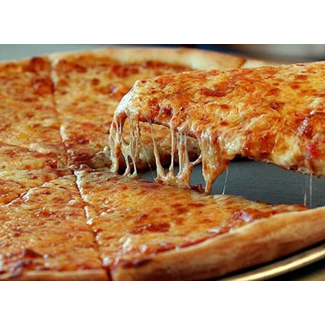 New York-style pizza originated in New York City in the early 1900s, and in 1905, the first pizza establishment in the United States was opened in New York's Little Italy. It is known for its large, wide, thin, and foldable yet crispy shape. New York-style pizza is a common style that may be confused with New Haven-style pizza, due to New Haven's variety also typically being thin-crusted. The pizza is sold by the slice and as a whole pie, and is particularly popular in New York, New Jersey, and Connecticut. Regional variations exist in Northeast and other states in the U.S.

Forkie says2015-03-14T03:17:12.5654363-05:00
Report Post
You know it's funny only Chitown bastards whine and say my pizzas better.. When New Yorkers keep their mouths shut and move on with their lives.. They don't care or care to waste time listening to Whitney annoying mid westerners. I lived in Chicago for a few years originally from Boston and Chicago people are some of the most ignorant rude people I've met. Do yourselves a favor find something productive to do. And stop wishing on Da bears... They suck
Vote & Comment
Leave a comment...
(Maximum 900 words)