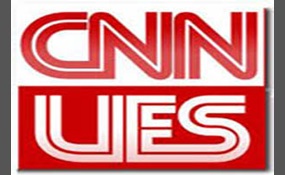 CNN: is CNN Becoming a Cesspool of Denial & Fake News?

From the denial that the racially and politically motivated kidnapping of a mentally handicapped man by four blacks as a hate crime, to Golden-Shower-Gate. Is CNN becoming/is fake news?

Yes, they are becoming fake.

Mharman says2017-01-17T14:01:00.5253950Z
Report Post
First they edit a Donald Trump quote, then they deny that a mentally handicapped man was beaten up by four black men, and now the whole Goldenshowergate thing.

No, they are great sources!

4 votes
1 comment
No, they are great sources! - Voter Comments

brinzahar says2017-02-28T12:44:54.6041816Z
Report Post
Just because you do not like the words one is saying does not make them fake. If I did not like you saying the sky is blue and call it fake and said it was green, that would not make your statement false. Donald has too many temper tantrums about the press and people believe it for some reason. The onion is fake, CNN is not fake. Just because I am a liberal, I won't say that Fox News is spewing fake news, it's just a different belief a different view. And even Fox has said negative things about Donald.
Anonymous says2017-02-28T15:59:51.1124260Z
Report Post
@brinzahar - CNN is objectively fake news. On multiple occasions they deliberately misled the public on information relevant to constructing valid opinions. For example, during last year's terror attack on an Orlando-gay bar, CNN stated continuously that the terrorist was not a Muslim but, in fact, he was. During the riots in Milwaukee, the media outlet was following Sherelle Smith- the sister of the man killed by Milwaukee Police- where they portrayed her to be a sort of peacemaker. Contrary to what the media stated, CNN edited out the footage of her demanding the rioters to "take their violence “to the suburbs." Meanwhile, Fox News was commenting on both topics in great detail without any sort of bias on facts. It is by these instances and many others that it is completely justified to declare CNN faux news. To further dissect your text, you don't say that FOX is fake because you don't have any evidence that they are!
Anonymous says2017-02-28T16:04:08.5124260Z
Report Post
I may like what a person says, but, so long as they are telling the truth, I'm fine! How is it you're a liberal when you stated you're a libertarian; you could be a libertarian leaning left which I think is much more fathomable with your opinions.
Anonymous says2017-02-28T16:12:12.5933816Z
Report Post
Furthermore, did you literally ignore the text above? CNN insisted that the assault on a mentally challenged man by four black teens was not racially motivated even though the teens stated that they did it because he was white and because Trump won the election; did I mention that the man voted Trump? CNN ignored that it was a hate crime and refrained from denouncing it as such. If this incident would have been reversed, that the teens would have been white and the mentally handicapped man black, there would have bee an outcry from CNN and the public for punishment beyond comprehension. Then CNN revealed furthermore on their more sinister agenda by having coverage after coverage on the myth of Golden-Shower-Gate. During, they all stated they believed it.
Privacy Policy | Terms of Use
Sitemap | View Desktop Version
©2022 Debate.org. All rights reserved.