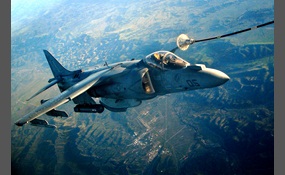 If you could command any army-which one would it be?

The United States Army is the largest branch of the United States Armed Forces that performs land-based military operations. It is also the largest overall and oldest established branch of the U.S. military, and is one of seven U.S. uniformed servic... es. The modern army has its roots in the Continental Army which was formed on 14 June 1775, to meet the demands of the American Revolutionary War before the establishment of the United States. The Congress of the Confederation officially created the United States Army on 3 June 1784 after the end of the Revolutionary War to replace the disbanded Continental Army. The army considers itself to be descended from the Continental Army and thus dates its inception from the origins of that force.The primary mission of the army is "to fight and win our Nation’s wars by providing prompt, sustained land dominance across the full range of military operations and spectrum of conflict in support of combatant commanders." The army is a military service within the Department of the Army, one of the three military departments of the Department of Defense   more
4 votes
0 comments
United States Army - Voter Comments
No Comments
Vote & Comment
2

The British Army is the United Kingdom's principal land warfare force. The force was initially administered by the War Office from London, which in 1964 was subsumed into the Ministry of Defence. The professional head of the British Army is the Chie... f of the General Staff.The full-time element of the British Army is referred to as the Regular Army and has been since the creation of the reservist Territorial Force in 1908. All members of the Army swear allegiance to the monarch as commander-in-chief. However, the Bill of Rights of 1689 requires Parliamentary consent for the Crown to maintain a standing army in peacetime. Parliament approves the continued existence of the Army by passing an Armed Forces Act at least once every five years. In contrast to the Royal Navy, Royal Marines and Royal Air Force, the British Army does not include Royal in its title because, after a historic struggle between Parliament and monarchy, the British Army has always been answerable to Parliament rather than the Monarch. Many of the Army's constituent regiments and corps have been granted the "Royal" prefix and have members of the Royal Family occupying senior honorary positions within some regiments   more
1 vote
0 comments
British Army - Voter Comments
No Comments
Vote & Comment
4

The Armed Forces of the Russian Federation are the military services of Russia, established after the dissolution of the Soviet Union. On 7 May 1992, Boris Yeltsin signed a presidential decree establishing the Russian Ministry of Defence and placing...  all Soviet Armed Forces troops on the territory of the Russian SFSR under Russian control. The commander-in-chief of the armed forces is the president of Russia. Although the Russian armed forces were formed in 1992, the Russian military dates its roots back to the times of the Kievan Rus'.The number of troops is specified by decree of the President of Russia. On 1 January 2008, a number of 2,019,629 units, including military of 1,134,800 units, was set. In 2010 the International Institute for Strategic Studies estimated that the Russian Armed Forces numbered about 1,040,000 active troops and in the region of 2,035,000 reserves. As opposed to personnel specified by decree, actual personnel in the forces and paid was reported by the Audit Chamber of Russia as 766,000 in October 2013. As of December 2013, the armed forces are at 82 percent of the required manpower   more
0 votes
0 comments
Russian Armed Forces - Voter Comments
No Comments
Vote & Comment
8

The Israel Defense Forces, commonly known in Israel by the Hebrew acronym Tzahal, are the military forces of the State of Israel. They consist of the ground forces, air force, and navy. The IDF is headed by its Chief of General Staff, the Ramatkal, ... subordinate to the Defense Minister of Israel; Lieutenant general Benny Gantz has served as Chief of Staff since 2011.An order from Defense Minister David Ben-Gurion on 26 May 1948 officially set up the Israel Defense Forces as a conscript army formed out of the paramilitary group Haganah, incorporating the militant groups Irgun and Lehi   more
0 votes
0 comments
Israel Defense Forces - Voter Comments
No Comments
Vote & Comment
13