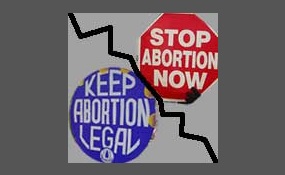 Is the US gov not doing enough to let women access abortions?

I do not know, nor do I care because I have a penis.

2 votes
0 comments
I do not know, nor do I care because I have a penis. - Voter Comments
No Comments
Vote & Comment
3

Abortion is unsafe. The government should not be messing with abortion

1 vote
0 comments
Abortion is unsafe. The government should not be messing with abortion - Voter Comments
No Comments
Vote & Comment
4

Public health is "the science and art of preventing disease, prolonging life and promoting health through the organized efforts and informed choices of society, organizations, public and private, communities and individuals." It is concerned with th... reats to health based on population health analysis. The population in question can be as small as a handful of people, or as large as all the inhabitants of several continents. The dimensions of health can encompass "a state of complete physical, mental and social well-being and not merely the absence of disease or infirmity", as defined by the United Nations' World Health Organization. Public health incorporates the interdisciplinary approaches of epidemiology, biostatistics and health services. Environmental health, community health, behavioral health, health economics, public policy, insurance medicine and occupational safety and health are other important subfields   more
1 vote
0 comments
Public health - Voter Comments
No Comments
Vote & Comment
6

A medical abortion is a type of non-surgical abortion in which abortifacient pharmaceutical drugs are used to induce abortion. An oral preparation for medical abortion is commonly referred to as an abortion pill.Medical abortion became an alternativ... e method of abortion with the availability of prostaglandin analogs in the 1970s and the antiprogestogen mifepristone in the 1980s   more
0 votes
0 comments
Medical abortion - Voter Comments
No Comments
Vote & Comment
No comments yet.
Leave a comment...
(Maximum 900 words)
Privacy Policy | Terms of Use
Sitemap | View Desktop Version
©2022 Debate.org. All rights reserved.