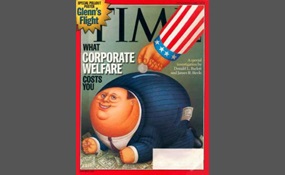 Should Welfare be cut?

NEVER was a series of professional wrestling events held by New Japan Pro Wrestling between August 2010 and November 2012. On July 12, 2010, NJPW officially announced the NEVER project, which was to highlight younger up-and-coming talent and outside...  wrestlers not signed to the promotion. It was explained that the name of the project was an acronym of the terms "New Blood", "Evolution", "Valiantly", "Eternal" and "Radical". For the events, NJPW recruited several freelancers as well as wrestlers signed to promotions such as Dramatic Dream Team and Kaientai Dojo. Some outsiders who became NEVER regulars included Daisuke Sasaki, Kaji Tomato, Madoka, Ryuichi Sekine and Shinobu. Kushida, who entered NEVER as a representative of the Smash promotion in February 2011, signed a NJPW contract the following month and returned to the project the following September, now representing NJPW. Three NJPW trainees; Hiromu Takahashi, Sho Tanaka and Yohei Komatsu, made their professional wrestling debuts at NEVER events. Takahashi, who debuted at NEVER.1, was the only wrestler who wrestled on all thirteen NEVER events   more
1 vote
0 comments
NEVER - Voter Comments
No Comments
Vote & Comment
3

NOt corporate, welfare for unwed mothers

ramm55 says2015-08-31T00:36:06.2094403Z
Report Post
I am speaking of America in regards to the fact that Republicans want a "balanced budget" by cutting welfare, WIC, SS, Disability Veterans, Food Stamps and SSI, but hold the ground that abortion and even birth control are evil, so more specifically, should these programs be cut according to the right while the right wants more and more children born with no help available to them? We do not have this problem in Germany, no.