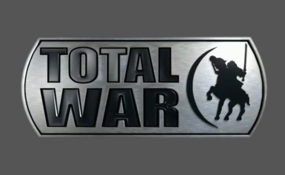 What is your favorite Total War game? 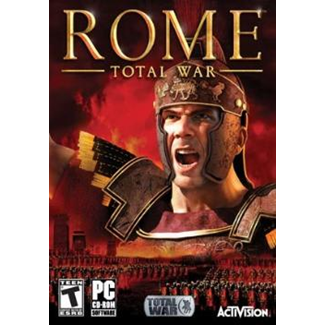 Rome: Total War is a PC strategy game developed by The Creative Assembly and released on 22 September 2004 by Activision. The Mac OS X version of the game was released on 5 February 2010 by Feral Interactive. The game is the third title in The Creative Assembly's Total War series.The game's main campaign is set during the rule of the late Roman Republic and early Roman Empire, with the player assuming control of one of three Roman families; other factions are playable once they have been unlocked. Gameplay consists of real-time tactical battles framed within a turn-based strategic campaign, taking place across Europe, North Africa and the Near East. On the large strategic scale, players spend each turn managing diplomacy, developing infrastructure, moving armies, and managing the population's growth and public order through taxes and gladiatorial games, among other tasks. On the smaller scale, real-time battles against enemy armies take place within or between cities, with the player commanding forces that can contain thousands of individual soldiers. 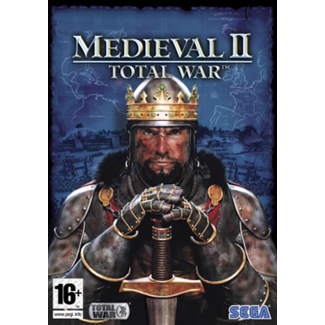 Medieval II: Total War, the indirect sequel to 2002's Medieval: Total War and the fourth game in the Total War series from The Creative Assembly, is a game of turn-based strategic rounds and real-time tactically-oriented battles, released in November 2006. The game is set between the years 1080 and 1530. Like the original Medieval: Total War, it focuses on medieval warfare, religion and politics in Europe, North Africa and the Middle East. The time-frame stretches into the era of the discovery of the New World, and simulates the discovery and conquest of the Americas. Medieval II is built on the code base of Rome: Total War. 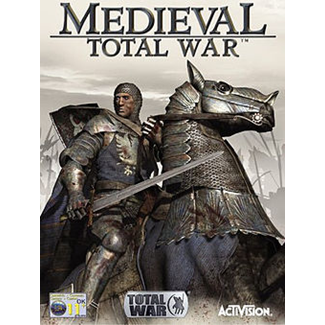 Medieval: Total War is a turn-based strategy and real-time tactics computer game developed by The Creative Assembly and published by Activision. Set in the Middle Ages, it is the second game in the Total War series, following on from the 2000 title Shogun: Total War. Originally announced in August 2001, the game was released in North America on 20 August 2002 and in Europe on 30 August.Following a similar form of play to Shogun: Total War, the player builds a dynastic empire in Europe, North Africa and the Middle East, spanning the period of 1087 to 1453. Gameplay is both strategic and tactical, with strategy played out in turn-based fashion on a province-by-province level, while military units of varying types and capabilities fight against each other in real time on a 3D battlefield.Medieval: Total War received acclaim from reviewers; several critics commending it as a milestone in gaming. The real-time battles were praised for their realism and the new feature of siege battles, although received some criticism for unit management. The depth and complexity of the strategy portion was also received well by reviewers, together with well integrated historical accuracy.

dbushwacker says2015-02-03T13:46:40.5087051-06:00
Report Post
By far, one of the best games of the entire franchise. Might have been low res, but it really did take a bit of thinking to beat and afterwards the roll playing was phenomenal. Not to mention it had a greater selection of units and the battles lasted. I just hope if they make a Medieval Total War 3 that they take some of those units they excluded from 2 create some more definite changes in appearances as time passes through the ages.
Vote & Comment
4 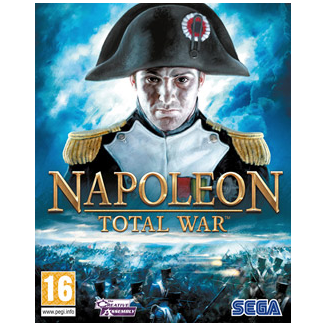 Napoleon: Total War is a turn-based strategy and real-time tactics video game developed by The Creative Assembly and published by Sega for the PC. Napoleon was released in North America on 23 February 2010, and in Europe on 26 February. The game is the sixth stand-alone installment in the Total War series. The game is set in Europe, North Africa, and the Middle East during the late 18th and early 19th centuries. Players assume the role of Napoleon Bonaparte, or one of his major rivals, on a turn-based campaign map and engage in the subsequent battles in real-time. As with its predecessor, Empire: Total War, which included a special United States storyline, Napoleon features three special campaigns that follow the general's career.Napoleon received generally favourable reviews from video game critics. Reviews praised the game's stunning visuals, story driven campaigns, and new gameplay features. Some reviewers were critical of the game's weak AI, high system requirements, and its limited scope - while others considered Napoleon overly similar to Empire, its immediate predecessor in the series. 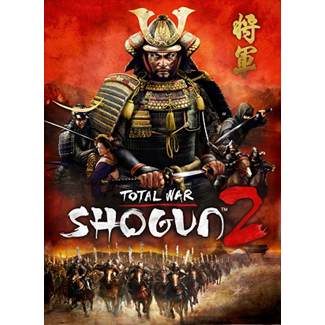 Total War: Shogun 2 is a strategy video game developed by The Creative Assembly and published by Sega. It is part of the Total War series and returns to the 16th-century Japan setting of the first Total War game, Shogun: Total War, after a series of games set mainly in Europe.Shogun 2 is set in 16th-century feudal Japan, in the aftermath of the Ōnin War during the Ashikaga Shogunate. The country is fractured into rival clans led by local warlords, each fighting for control. The player takes on the management of one of these clans, with the goal of dominating other factions and claiming his rule over Japan. The standard edition of the game features a total of eight factions, each with a unique starting position and different political and military strengths. The limited edition includes an exclusive ninja clan, the Hattori, and a DLC unlocks a tenth clan, the Ikko-Ikki.The game moves away from the European setting of previous Total War games and returns to the first setting in the Total War series, but making significant changes to core gameplay elements of Shogun 2. 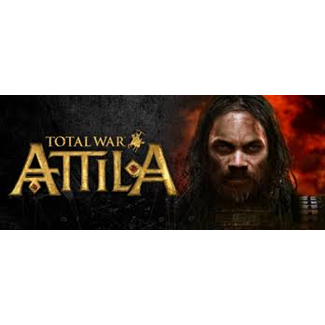 Total War: Attila is an upcoming strategy game developed for the The Creative Assembly and published by Sega, to be released in February 2015 for Microsoft Windows. It is the ninth standalone game in the Total War series of video games.The game is set in 395 AD, at the beginning of the Dark Ages. While the title character will able to become the leader of the Huns, he won't yet be in power at the start of the campaign.A number of playable factions have already been revealed by The Creative Assembly. 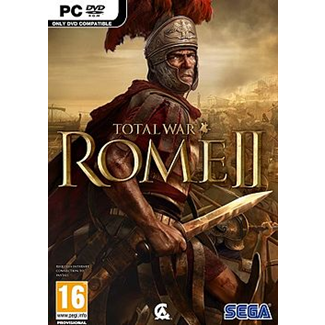 Total War: Rome II is a strategy game developed by The Creative Assembly and published by Sega, released on 3 September 2013 for Microsoft Windows. The eighth standalone game in the Total War series of video games, Rome II is a successor to the 2004 game Rome: Total War. The game suffered from significant technical problems upon release, but was a commercial success, surpassing all other games in Total War series in both sales and number of concurrent players on its release day. 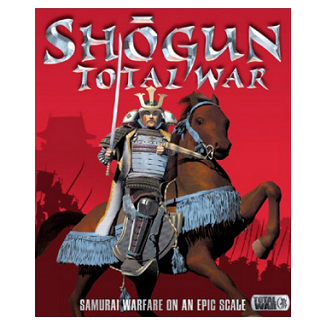 Shogun: Total War is a turn-based strategy and real-time tactics video game developed by The Creative Assembly and published by Electronic Arts for Microsoft Windows personal computers. Released in June 2000, the game became the debut title in The Creative Assembly's Total War series. Set in Japan during Sengoku jidai—the "Warring States" period from the 15th to the beginning of the 17th century—the game has players adopt the leader of a contemporary Japanese clan, attempt to conquer the nation and claim the position of shogun. The turn-based aspect of the game focuses on a map of Japan where military force, religion, diplomacy, espionage and economics all influence the player's actions, whilst battles are fought in a 3D real-time mode. Sun Tzu's The Art of War is central to the game; its precepts quoted often and its strategies recommended.Announced in early 1999, Shogun: Total War was The Creative Assembly's first high business risk product; previous products had involved creating video games for the EA Sports brand. 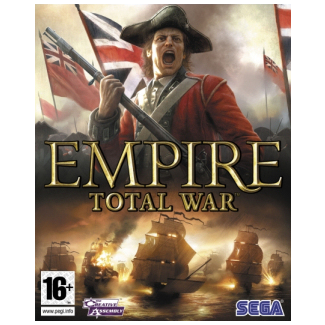 Empire: Total War is a turn-based strategy and real-time tactics computer game developed by The Creative Assembly and published by Sega. The fifth installment in the Total War series, the game was released in North America on 20 April 2008, and in the rest of the world the following day. The game, which focuses on the early modern period of the 18th century, was announced at the Leipzig Games Convention in August 2007. The Mac OS X version of the game was released by Feral Interactive on 13 September 2012. Linux version was released, also by Feral Interactive, on 9 December 2014.Following a similar style of interface and play to earlier Total War titles, players choose a contemporary 18th century faction and set out to ensure that faction's domination over the known world through military force, diplomacy, espionage and economics. Although the campaign element of the game is turn-based, players can direct battles in real-time. Empire: Total War is the first game in the series to allow naval battles to be conducted in real-time.