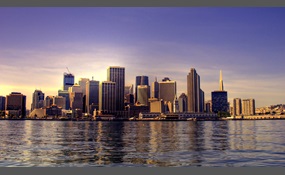 What is your favorite urbanized american city? (FIXED)

Fixed, you can now add your own answer

Houston is the most populous city in Texas, the largest city in the Southern United States, and the fourth most populous city in the United States. According to the 2012 U.S. Census estimates, the city had a population of 2.16 million people within ... a land area of 599.6 square miles. Houston is the seat of Harris County, and its metropolitan area is the fifth-most populated in the U.S., with over 6 million people.Houston was founded in 1836 on land near the banks of Buffalo Bayou and incorporated as a city on June 5, 1837. The city was named after former General Sam Houston, who was president of the Republic of Texas and had commanded and won at the Battle of San Jacinto 25 miles east of where the city was established. The burgeoning port and railroad industry, combined with oil discovery in 1901, has induced continual surges in the city's population. In the mid-twentieth century, Houston became the home of the Texas Medical Center—the world's largest concentration of healthcare and research institutions—and NASA's Johnson Space Center, where the Mission Control Center is located   more
3 votes
0 comments
Houston - Voter Comments
No Comments
Vote & Comment
4

Atlanta is the capital of and the most populous city in the US state of Georgia, with an estimated 2013 population of 447,841. Atlanta is the cultural and economic center of the Atlanta metropolitan area, home to 5,522,942 people and the ninth large... st metropolitan area in the United States. Atlanta is the county seat of Fulton County, and a small portion of the city extends eastward into DeKalb County.Atlanta was established in 1837 at the intersection of two railroad lines, and the city rose from the ashes of the Civil War to become a national center of commerce. In the decades following the Civil Rights Movement, during which the city earned a reputation as "too busy to hate" for the progressive views of its citizens and leaders, Atlanta attained international prominence. Atlanta is the primary transportation hub of the Southeastern United States, via highway, railroad, and air, with Hartsfield–Jackson Atlanta International Airport being the world's busiest airport since 1998.Atlanta is considered an "alpha-" or "world city", ranking 15th among world cities and sixth in the nation with a gross domestic product of $270 billion   more
1 vote
0 comments
Atlanta - Voter Comments
No Comments
Vote & Comment
8

Honolulu is the state capital and the most populous city in the U.S. state of Hawaii. It is the county seat of the City and County of Honolulu. Hawaii is a major tourist destination and Honolulu, situated on the island of Oahu, is the main gateway t... o Hawaii and a major gateway into the United States. The city is also a major hub for international business, military defense, as well as famously being host to a diverse variety of east-west and Pacific culture, cuisine, and traditions.Honolulu is both the westernmost and the southernmost major American city. For statistical purposes, the U.S. Census Bureau recognizes the approximate area commonly referred to as "City of Honolulu" as a census county division. Honolulu is a major financial center of the islands and of the Pacific Ocean. The population of Honolulu CCD was 390,738 at the 2010 census, while the population of the consolidated city and county was 953,207.Honolulu means "sheltered harbor" or "calm port." The old name is said to be Kou, a district roughly encompassing the area from Nuuanu Avenue to Alakea Street and from Hotel Street to Queen Street which is the heart of the present downtown district   more
1 vote
1 comment
Honolulu - Voter Comments