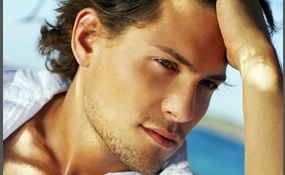 What race has the most attractive people in your opinion?

I don't have a racial bias

Ukrainians are an East Slavic ethnic group native to Ukraine, which is the sixth-largest nation in Europe. The Constitution of Ukraine applies the term 'Ukrainians' to all its citizens. Also among historical names of the people of Ukraine Rusyns, Co... ssacks, etc. can be found. According to some dictionary definitions, a descriptive name for the "inhabitants of Ukraine" is Ukrainian or Ukrainian people. Belarusians and Russians are considered the closest relatives of Ukrainians, while Rusyns are either considered another closely related group, or an ethnic subgroup of Ukrainians   more
1 vote
1 comment
Ukrainians - Voter Comments

Heterodox says2015-08-29T05:44:22.3313626Z
Report Post
There are a plenty of attractive people from other areas, but more often then not if I think someone is particularly attractive they are Ukrainian.
Vote & Comment
7

Hispanic is an ethnonym to people of country heritage that speak the Spanish language, in some definitions, to ancient Roman Hispania, which roughly comprised the Iberian Peninsula including the contemporary states of Andorra, Portugal, and Spain an... d the Crown Colony or British Overseas Territories of Gibraltar. Today, organizations in the United States use the term as a broad catchall to refer to persons with a historical and cultural relationship either with Spain, or with Spain and Portugal, regardless of race. The U.S. Census Bureau defines the ethnonym Hispanic or Latino to refer to "a person of Cuban, Mexican, Puerto Rican, South or Central American, or other Spanish culture or origin regardless of race" and states that Hispanics or Latinos can be of any race, any ancestry, any ethnicity. Generically, this limits the definition of Hispanic or Latino to people from the Caribbean, Central and South America, or other Spanish culture or origin, regardless of race, distinctly excluding all persons of Portuguese origin   more
1 vote
0 comments
Hispanic - Voter Comments
No Comments
Vote & Comment
8

All humans are ugly, and all races are equally as ugly

1 vote
0 comments
All humans are ugly, and all races are equally as ugly - Voter Comments
No Comments
Vote & Comment
9

bballcrook21 says2015-08-29T02:30:53.9356188Z
Report Post
These are nationalities, not races. Racial wise, I would state that Caucasians have more attractive people. All persons have some form of racial bias, especially in attraction. In a scenario in which two women look exactly the same, with same features, except for their skin color, it would be incorrect to state that a man with the same skin color as one of these females would choose the other over their own.

ChristopherCaldwell says2015-08-29T23:34:16.2672631Z
Report Post
For the record: I do not favor any races (or ethnicity) over one another. I am just saying which one tends to be more attractive to me. I added "Hispanics," which is often considered a race, and appears to be the only one on here.