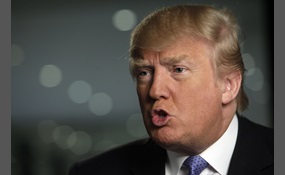 He tapped into an anger that is held by many Americans

PericIes says2015-08-12T07:34:46.7267588Z
Report Post
People want a decisive, non-politician, because politician types have fucked the system up big time over the last decade or so. This is a totally justifiable desire, but... Trump? Really? Carson isn't a politician either, you know. He's also not an ass hat.

Hesperia is a city in San Bernardino County, California, United States. It is located in the Mojave Desert 15 miles north of San Bernardino. The locals refer to the surrounding area as the High Desert. As of the 2010 census, the city had a populatio... n of 90,173   more
1 vote
0 comments
He's a jackass - Voter Comments
No Comments
Vote & Comment
6

He is better than Clinton.

1 vote
0 comments
He is better than Clinton. - Voter Comments
No Comments
Vote & Comment
7

Because he plays a character on the Tee-Vee

A combination of the above

0 votes
0 comments
A combination of the above - Voter Comments
No Comments
Vote & Comment
Leave a comment...
(Maximum 900 words)

Vox_Veritas says2015-08-10T20:54:08.1132608Z
Report Post
Political Correctness, provided that most people try to adhere to the Liberal media's standard of it, has resulted in the majority being bullied and wrongfully shamed by the minority. That having been said, speaking truthfully but decently about other people is not a vice.

TBR says2015-08-10T21:11:31.9926072Z
Report Post
@tajshar2k - No, not at all. You don't become president by being the far left or right guy. This is a good thing. The president represents all Americans. The further you move towards the fringe of either side, the less the president is representing all Americans.

Black-Jesus says2015-08-10T21:34:02.8066113Z
Report Post
"Honest"? Ha. Did you know according to politifact.Com, a Pulitzer prize winning website dedicating to fact checking politics, and anyone that has ever critically listened to him talk that Donald Trump is only telling the truth 15% of the time?
Anonymous says2015-08-10T21:34:38.1706929Z
Report Post
Trump is extremely dishonest - remember what he said about manipulating America's bankruptcy laws to his own benefit? That's what he's doing right now. He's manipulating the extreme right's idiocy for personal gain.

briantheliberal says2015-08-10T23:30:23.4301586Z
Report Post
"He's outspoken" - BulIshit. He is outspoken, but about the bigoted things most people who support him believe but are generally too afraid to admit or say themselves. That is why they like him. He speaks for their bigotry.

tajshar2k says2015-08-10T23:32:08.2784307Z
Report Post
I have no complaints to be honest. He's just making it easier to keep the Republican Party out of power. The last thing we need is another full scale war in the middle-east

58539672 says2015-08-11T01:22:18.8662609Z
Report Post
I don't know if Trump is a good or a bad thing for the GOP quite yet. Enough members of the party are already against him that he isn't going to get close to the nomination, but for now he is bringing much need publicity. The first round of debates was the most watched debate the GOP has ever had, largely because Trump was in it. And even though most viewers tuned in to see Trump, by simply watching, they have to hear the other candidates views. Trump may in fact be a tool used by the GOP to get the other candidates more publicity and to spread their message faster.

Mister_Man says2015-08-11T02:46:35.1918270Z
Report Post
I actually like him because he doesn't seem to give in to the lowest common denominator. He speaks his mind and isn't afraid of people calling him politically incorrect or anything. He has many good points (or points that I agree with) and he's got a good game plan if he actually wins. He's assertive and isn't afraid to say it how it is. I see lots of people who dislike him because he's a "bigot" but they don't really elaborate on that.

tajshar2k says2015-08-11T13:44:29.8560375Z
Report Post
Trump is just all talk. I doubt he will actually keep his promises. He can't even have a steady ideology. Not too long ago, he said he was a liberal and supported single payer healthcare. No, he says the exact opposite. Who knows, he might next claim to be a communist lol. Anyways, his intellect quite disturbs me, and the last thing America needs is too look more stupid than it already is perceived as by the rest of the world.