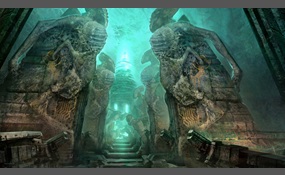 Would we have an obligation to revive a long dead alien civilisation.

This poll was inspired by an amazing video made earlier by Issac Arther https://www.youtube.com/watch?v=k7fLNvpl0c8&lc=z13wyjxylo2lgfcm222bhz0pxvjrjjk3g.1492109138552209. While exploring a far off star you come across an alien race that was mostly wiped out but preserved a small number of people for millions of year. Do you have a moral obligation to revive them them.

There is no moral obligation to save a dead race, their time is done.
10 votes
6 comments
No - Voter Comments

imabench says2017-04-14T16:43:12.0157934Z
Report Post
We might have the capability to do so and perhaps good reason to do so as well, but we are certainly not 'obligated' to revive dead civilizations if we have the means to do so. Some civilizations are dead for good reason

AndrewHvisdak says2018-08-22T02:54:53.6153921Z
Report Post
If Death has already grasped them, Then it is better to leave them as relics of what they once were. Who knows what we'd be getting into if we brought them back to life?
Vote & Comment
2

You are obligated to use any plausible method to reanimate the dead.
5 votes
1 comment
Yes - Voter Comments

You are obligated revive any aliens locked in cryosleep or some similar method but you have no obligation to recreate them if only genetic material survived.
5 votes
1 comment
Wake sleeping/frozen people - Voter Comments

FreedomBeforeEquality says2017-04-23T23:31:17.0773944Z
Report Post
I guess I have to go with this one only because there would be some moral drive there to save them if their intent was only to sleep and then wake up. But if I never knew that that was the intent then I'd feel no obligation to resurrect anything I suppose.
Vote & Comment
Leave a comment...
(Maximum 900 words)

FreedomBeforeEquality says2017-04-23T23:57:06.7189944Z
Report Post
But revive us into what world exactly? As it stands we are sort of "masters of our own universe". Reviving us into a different time and place could very well be more of a punishment than a favor. If we were being revived only to be in a Jurassic Park of humans, for instance, then I think i'd see a moral issue there. If that's all we were being revived for then that would seem wrong to me. Theres no way they could revive us to what we are at present, so anything less would be a bastardization of what humanity was. We would probably be better off remaining extinct if it came to that.

FreedomBeforeEquality says2017-04-24T00:07:17.2717944Z
Report Post
What if it wasn't even another species? What if you revived some single person, long dead, into this world we live in now? Their family is long gone, they know nothing of our culture, their habits and everything they may have loved to do before are probably all banned by law now. Theyd be archaic and totally out of place. It would be a punishment to them really. And that doesn't even address what spiritually could be going on there. They would have essentially met their maker and youd have stripped them away from that peace to be back here on earth again? That's somewhat cruel. It just all sounds like a lot of grey area that I wouldn't even want to dance around in. Not when the resources could be spent on something else. I mean, if youre reviving people then you already solved the longevity issue anyways. Just let people make the conscious choice from that moment onward to either stay alive or to die. At that point anyone you'd be "reviving" would have wanted to be dead and youd actually be going against their will. Its kinda crazy to think about really.

Gareth_BM says2017-06-01T13:58:01.4501801Z
Report Post
Well I see no reason that a spacefaring civilisation who revived humanity couldn't happily give the few remaining humans a country to themselves, plus I don't know about you but i'd prefer to have to struggle to adjust to a new environment than be dead.
Privacy Policy | Terms of Use
Sitemap | View Desktop Version
©2022 Debate.org. All rights reserved.