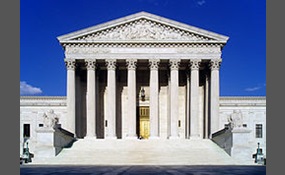 Who would you pick for the Supreme Court

BUILDTHEWALL says2017-09-08T01:24:31.6339475Z
Report Post
We need an entire NINE Constitutional SCOTUS justices... including Napolitano! If we had TERM LIMITS perhaps we could start REPLACING these radical reprobate LEFTISTS like Ginsburg that never leave.
Vote & Comment
2

Where most human tasks are completed by automated machines, unemployment and overcrowding are commonplace, and crime is endemic. The only thing that stands between the citizens and the various forces that threaten them are the elite forces who are t... he police, jury, and executioners known as the Judges   more
1 vote
0 comments
Judge Dredd - Voter Comments
No Comments
Vote & Comment
5