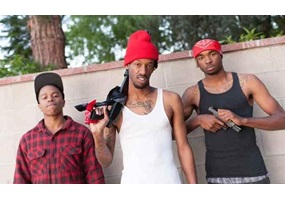 Prisoners should be sent to war instead of law abiding citizens

Asked by: CaptainHades
Prisoners should be sent to war instead of law abiding citizens
33% Say Yes
67% Say No
Load More Arguments
Leave a comment...
(Maximum 900 words)
Anonymous says2020-01-06T01:23:34.013
Report Post
My first question is what's with the damn image of three Black guys with guns? What the heck is this mess?
Privacy Policy | Terms of Use
Sitemap | View Desktop Version
©2021 Debate.org. All rights reserved.