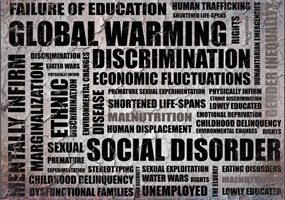 Profit-driven society: Does the "invisible hand" solve everything?