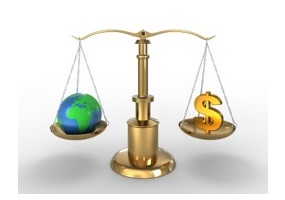 Protecting the environment is more important than creating a profit

Asked by: Cookiedough
Protecting the environment is more important than creating a profit
50% Say Yes
50% Say No
Related Opinions
Leave a comment...
(Maximum 900 words)
No comments yet.
Privacy Policy | Terms of Use
Sitemap | View Desktop Version
©2020 Debate.org. All rights reserved.