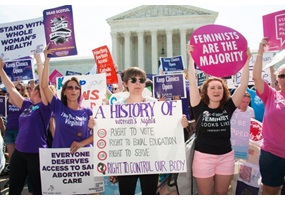 Reasons why modern Feminism is good/bad