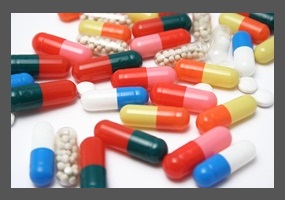 Should all drugs be legalized?

drugs, Health, United States
Should all drugs be legalized?
70% Say Yes
30% Say No
Load More Arguments
Leave a comment...
(Maximum 900 words)
yodog357 says2014-01-15T19:50:20.117
Report Post
Don't do drugs Alex
cusackjohn15 says2016-05-02T11:40:38.437
Report Post
Yes all drugs should be legalized for medical and recreational use with no limit for how many plants or kilograms you can grow or sell or possess or transport and medical use should have no age limit and recreational use without authorization should be 16+ and no license should be required for any kind and no restrictions to non residents as well and it is peoples body what ever drug they wanna take legally and free all prisoners for drug offenses immediately and expunge their arrest and criminal records immediately and offer voluntary treatment to addicts the same as alcoholics and smokers, tax them and regulate them instead of criminalizing them, legalization will cut crime and corruption and free up police and government resources and prison overcrowding and save money and get rid of drug cartels and help sick people.
Tperk says2018-03-29T11:18:40.960
Report Post
Drugs kill lots of people annually, so they should remain illegal.
Privacy Policy | Terms of Use
Sitemap | View Desktop Version
©2021 Debate.org. All rights reserved.